Cal Madow is a mountain range in northern Somaliland, not far from the coast, in the Sanaag region. The range runs from west of Bosaso to north-west of Erigavo. 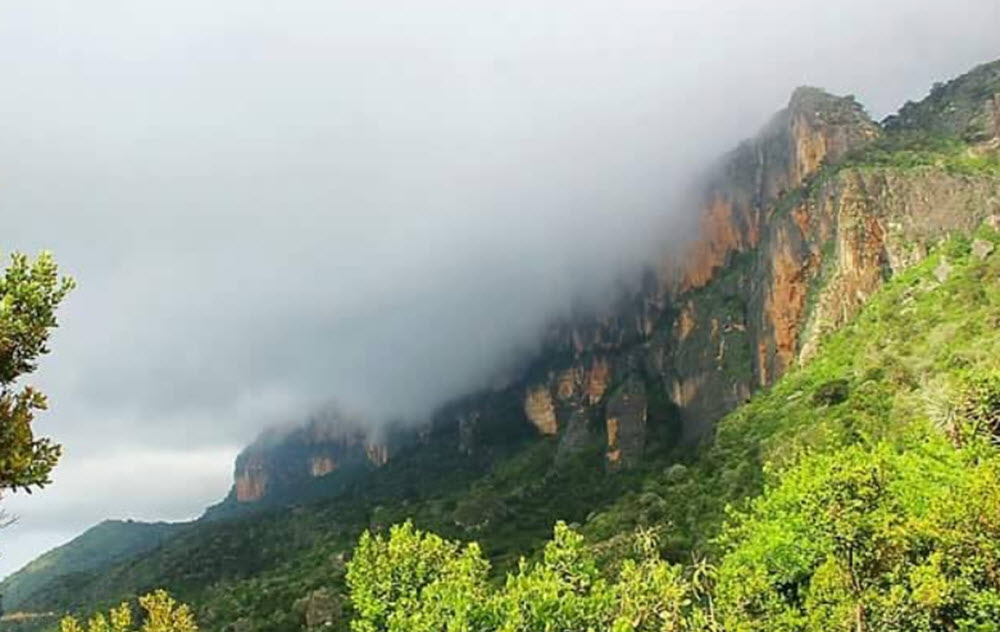 The highest peak in Cal Madow is 2,460 meters above sea level. It’s the peak of Mount Shimbiris, found north-west of Erigavo.

The mountains range sports lush mountain forests at an altitude of 700-800 meters. Here, the average annual rainfall is within the 750-850 mm range, and fog and mist also contribute moist to the environment.

Cal Madow is known to contain unexploited mineral deposits, and has been acknowledged as a possible site for future oil exploration. Once upon a time, the petroleum system here was connected to the system in the Republic of Yemen.

The famous waterfalls of Lamadaya 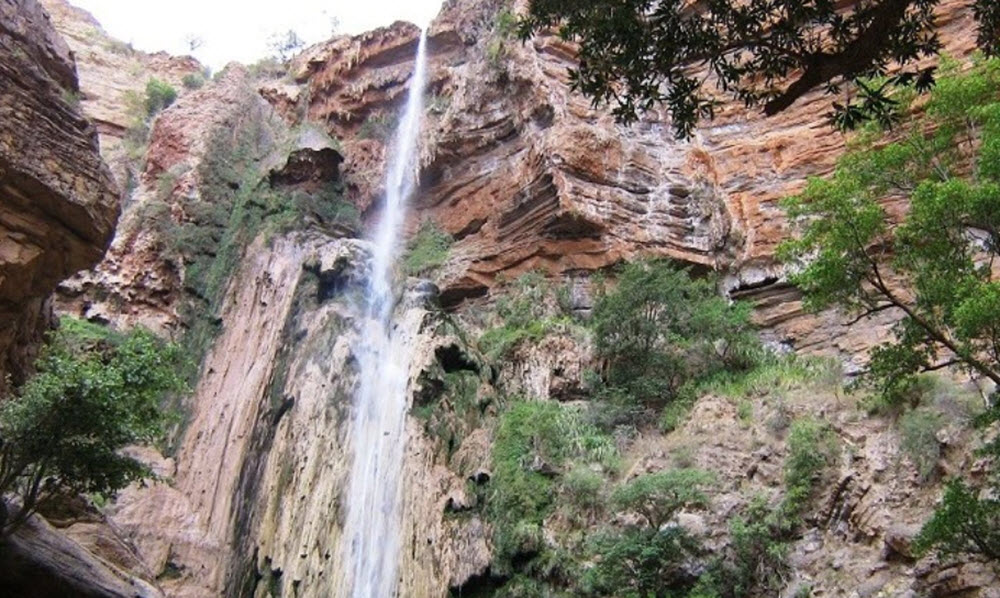 Roughly a thousand plant species have been identified in Cal Madow, but this number might grow if more research were carried out. Approximately 200 known plants are endemic to Cal Madow, most of them herbs.

One of the more notable research projects in Cal Madow occurred in 1995, when a team of botanists led by Dr. Mats Thulin of Uppsala University in Sweden visited the mountain range and worked there together with the Somali Professor Ahmed Warfa of Somali National University. So far, their botanical survey is the most extensive one ever done in Cal Madow, and it unveiled eight plant species previously not known to science.

Compared many other parts of Somaliland, Cal Madow gets quite a lot of rain in an average year, and there is also fog and mists that aid the vegetation. Fog and mist seems to be especially important for the isolated evergreen forests of Juniper and Buxus trees.

Both Juniper and Buxus are important for the people who live in Cal Madow, and so are the Celtis trees. Poles are typically cut from living trees to be used as timber.

Cal Madow is home to a wide range of animals, including some species that are endemic to Somaliland or Somaliland-Somalia. One example is the Warsangli linne (Linaria johannis), a finch that only live in Somaliland-Somalia, and is listed as Endangered by the IUCN 3.1. This finch inhabits dry forests and high-altitude shrublands.

Another finch present in Cal Madow is the Somali golden-winged grosbeak (Rhynchostruthus louisae), which typically lives in forests and shrublands at an altitude of circa 1,000 – 2,800 meters above sea level. It is associated with (relict) East African Juniper (Juniperus procera) forests and is very fond of juniper fruit. We still know very little about this species, since not much ornithological research has been done in Somaliland and Somalia.

One example of a mammal that lives in Cal Madow are the Beira antelope (Dorcatragus megalotis), which is endemic to southernmost Djibouti, Somaliland-Somalia, and northeastern Ethiopia. It’s main range is Somaliland. This small antelope is known to do well in rocky environments, stony hillsides and slopes, and flat summits with steep sides.

Since 1989, ECOTERRA Intl has maintained an environmental awareness and nature protection program in the core zone of the East Afican Juniper (Juniperus procera) mountain forest in Cal Madow. The program was established under the protection of Suldan Abdisallam, Sultan of the Warsangeli clan, and then continued with the blessing of his successor Suldan Said. The program works through local groups, and encourages the establishment of permaculture and the growing of drought-resistant rye by local farmers.