In the late 1980s, the anti-governmental rebel group Somali National Movement (SNM) took control of Hargeisa, and the government responded with air strikes. These bombings, and various outbursts of crossfire between SNM and regime forces, caused massive damage in Hargeisa. After 1991, a lot of repair work commenced, partly financed by previous residents who had fled abroad and were sending money back to relatives still living in Hargeisa. Since then, most of the residential and commercial buildings have been repaired or rebuilt, and many new buildings have sprung up as well. In downtown Hargeisa, high-rises have become an increasingly common sight. 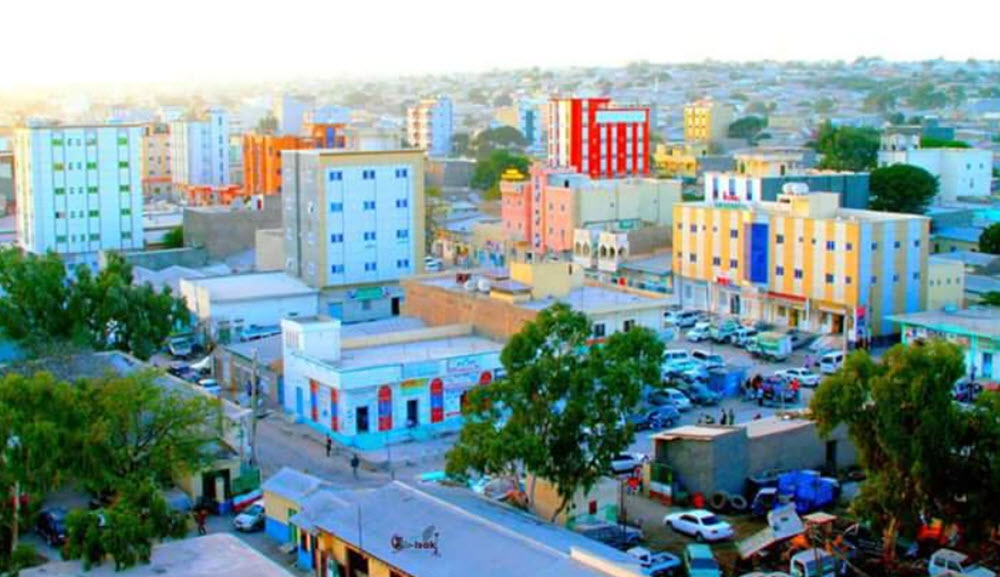 You’ll find Hargeisa in a valley in the Ogo Mountains (Galgodon highlands), at an elevation of 1,334 meters above sea level.

Hargeisa is a political and commercial hub in Somaliland.

There is no stock market or other exchange in Somaliland.  Nor is there one in Somalia.  This makes the area one of the few areas in Africa that are not served by a local stock market.  Establishing a stock market in the area is of huge importance to unlock the hidden economical potential of the area and help lift the nation(s) out of poverty,  The lack of stock market is one factor that prevents large areas of Africa from attracting outside investments.   This is true despite the fact that most of Africa features local stock markets.  Most of these stock markets are however too small and unknown to attract foreign investors and capital.  These smaller stock markets need to be merged into exchanges that are large enough to attract the interest of international investors.  This will allow international investments to flow into Africa.   Stock markets could help ushers growth that generates jobs for the working class and allow the small middle class to improve their situation by making money on the stock market.  Money they can invest in new ventures that create new jobs.  You can read more about why stock markets might be the key to ending poverty in Africa here.

Hargeisa have both primary and secondary schools, including the Abaarso School of Science and Technology which is the most well-known secondary school in the region. This non-profit co-educational boarding school is located 18 km west of central Hargeisa. It was a secondary school only until 2013 when it started offering intermediate education as well.

Hargeisa is an educational hub for Somaliland and several colleges and universities are found here, including:

The Edna Adan Maternity Hospital is also an educational facility that provides training for midwives and reproductive health nurses in collaboration with the Ministry of Health, UNICEF and WHO.

Hargeisa is located within an area characterized by a semi-arid climate. The summers are hot and the winters somewhat milder. Compared to more low-laying parts of the tropics, Hargeisa is pleasantly spared from very hot weather, since the elevation has a cooling effect. The absence of very hot summer days is relatively unusual in semi-arid climates in the tropics.

The average daily mean temperature is around 23-24°C in April – October. For November – February, that figure is circa 17-19°C.

A majority of all rainfall in Hargeisa arrives between the months of April and September. The rainiest month is August, with around 80 mm of rainfall in an average year. All in all, Hargeisa gets around 410 mm of rain per year.

As mentioned above, Hargeisa is located in valley in the Ogo Mountains. The Sheikh and Daallo mountains are nearby, and they both receive plenty of rain. When Hargeisa was a small town, it was surrounded by forest, but today only small junipers remain.

The area south of Hargeisa is a part of the Haud, a landscape characterized by grasslands and thorn-bushes. This is an important grazing area for wild animals, and some of this wildlife can actually still be found in the more rural outer Hargeisa neighbourhoods, where you might stumble upon warthogs, wild boars, kudu, Somali sheep, and camels – just to mention a few.

Naturally, the abundance of grazing animals on the Haud attracts predators such as lions and leopards.

The most commonly used form of public transportation in Hargeisa is bus, and nearly all the districts of the city can be reached by public bus.

Intercity bus routes connects Hargeisa with cities such as Borama, Burao and Berbera.

The runway is 3,700 meters long and the surface is paved asphalt.